African giant, Burna Boy has released the video to his latest single titled “Be Wonderful“, produced by Telz.

It comes after his previous single “Odogwu” which has been dominating the mainstream in Africa. Burna Boy added a new flavour to Master KG’s song ‘Jerusalema‘ released last week. 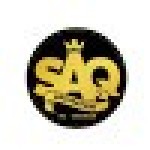